The Aunt Inez Dress Project: Looking at what is wrong...

What is wrong with this dress?  A whole lot!  Looks great laying on the island but when you start looking it has some real serious issues.  The most amazing thing about this was at one point someone used ELECTRICAL tape to keep it together, here is the before and after.  The tape was on the inside of the dress.  I didn't remove it until I had soaked the dress: 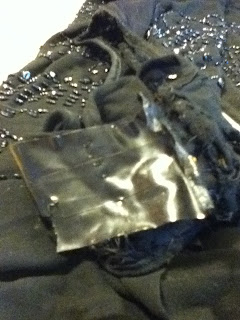 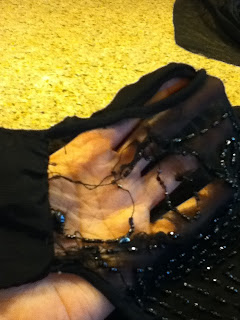 There was also a laundry tag that said "Holdt" or "Held" it was very stiff fabric tape and left icky residue on the dress when it was removed: 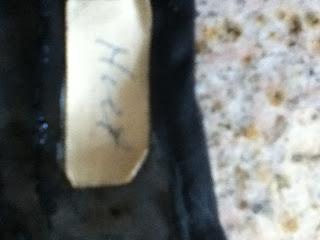 There are lots of weak spots or bare spots where the sheer silk is just gone.  On some spots black iron on tape was used to keep it together: 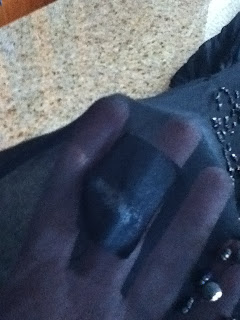 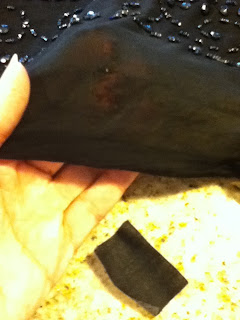 Thankfully after soaking the dress these weird stiff fabric bits came off without doing too much more damage.

The shoulders had disintegrated and grosgrain ribbon was used to stabilize it,  it is awful! The stitching is so sloppy that I wonder if the dress was used for Halloween or some teenagers school play: 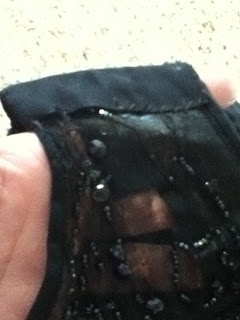 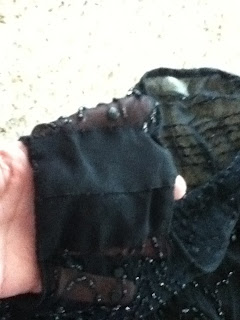 Here are a number of weak or bare spots, the best one was the one with no fabric behind intact beading...where did the fabric go? 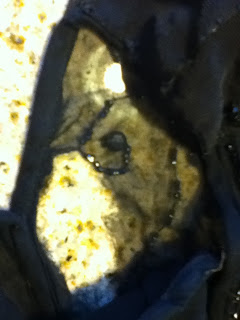 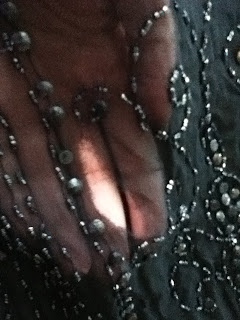 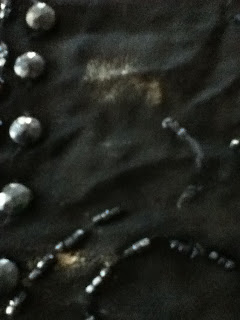 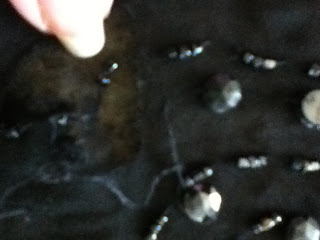 The pic above where my nail is shows the beading that is still intact but there is no fabric behind it!  Huh?


The least of my issues was that the dress had a musty smell and when I soaked it -- twice in a tiny bit of oxy powder and cold water it turned the bathtub water iky brown but then seemed clean and smelled fresh: 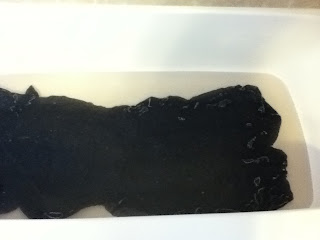 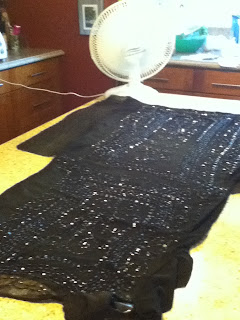 The wet dress dried quickly once I put the fan on.  I could in no way hang this dress and was afraid to drape it over anything -- but this worked perfectly with no apparent shrinkage.

Email ThisBlogThis!Share to TwitterShare to FacebookShare to Pinterest
Labels: 1920s, The Aunt Inez Dress Project Circa 1925